PANIC! AT THE DISCO

WHAT IS PANIC! AT THE DISCO??

Panic! at the Disco is an American pop rock band from Las Vegas, Nevada, formed in 2004 and featuring the current lineup of vocalist Brendon Urie, accompanied on tour by bassist Dallon Weekes, guitarist Kenneth Harris and drummer Dan Pawlovich. Founded by childhood friends Ryan Ross, Spencer Smith, Brent Wilson and Brendon Urie, Panic! at the Disco recorded its first demos while its members were in high school. Shortly after, the band recorded and released its debut studio album, A Fever You Can't Sweat Out (2005). Popularized by the lead single, "I Write Sins Not Tragedies", the album was certified double platinum in the US. In 2006, founding bassist Brent Wilson was fired from the band during an extensive world tour, and subsequently replaced by Jon Walker. Influenced by 1960s rock bands the Beatles, the Zombies and the Beach Boys, and preceded by the hit single, "Nine in the Afternoon", the band's second studio album, Pretty. Odd. (2008), marked a significant departure from the sound of the band's debut, and ultimately led to the departure of guitarist and principal songwriter Ryan Ross and bassist Jon Walker, who favored the band's new direction. The duo subsequently formed a new band, the Young Veins, leaving Brendon Urie and Spencer Smith as the sole remaining members of Panic! at the Disco. Continuing as a duo, Urie and Smith released a new single, "New Perspective", and recruited Dallon Weekes as the group's bassist and Ian Crawford as the band's lead guitarist to accompany the band during live performances. Weekes was later inducted into the band's lineup as a full-time member in 2010, nearing the end of the recording of the band's third studio album, Vices & Virtues (2011). The album was recorded solely by Urie and Smith, with producers John Feldmann and Butch Walker. As a three-piece, Urie, Smith, and Weekes recorded and released the band's fourth studio album, Too Weird to Live, Too Rare to Die!, in 2013. Prior to the release of the album, Smith unofficially left the band due to health and drug-related issues, leaving Urie and Weekes as the remaining members. In 2015, Smith officially left the band after not performing live with the band since his departure in 2013. Shortly thereafter, Weekes reverted to being a touring member once again, leaving Brendon Urie as the only member of the official lineup. On April 20, 2015, Urie released "Hallelujah" as the first single from Panic! at the Disco's fifth studio album.[3][4] The album, Death of a Bachelor, was released worldwide on January 15, 2016.[5] 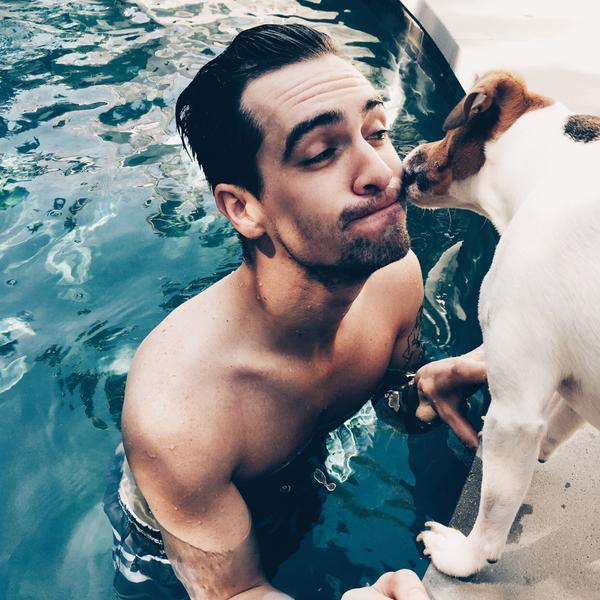 BRENDON URIE
Singer for the band "Panic at the Disco" with members Ryan Ross, Jon Walker and Spencer Smith. Focused on the band after finishing high school. His family are practicing Mormons, but Brendon decided that he did not follow the same beliefs, which created some tension. He even thought about attending college in Arizona, but the rest of the band convinced him to stay. The band was signed by Fall Out boy bassist Pete Wentz to his label Decaydance and their first album "A Fever You Can't Sweat Out" was released in September 2005. Brendon was born in St. George, Utah and raised in Summerlin, Nevada. His maternal grandmother, who was from Hawaii, was of Portuguese, Native Hawaiian, and English descent; Brendon's other ancestry is English, Scottish, Irish, German, Welsh, and Danish.

DALLON WEEKS
Dallon James Weekes (born May 4, 1981) is an American musician and singer-songwriter. He is best known for his roles as bassist, keyboardist, backing vocalist, and secondary songwriter/lyricist for Panic! at the Disco. He is also known as the lead vocalist and multi-instrumentalist of the rock band and later solo musical project the Brobecks. 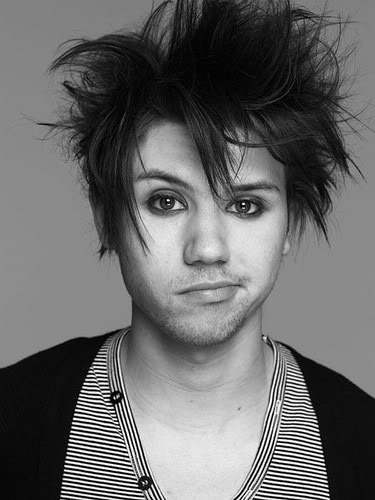 RYAN ROSS
Ryan Ross was born in Las Vegas, Nevada in the summer of 1986 to Danielle and the late George Ryan Ross II. His parents separated when he was young and growing up, he struggled with his father's alcohol dependency. Several of his earlier song works recount events surrounding his father's addiction. He was a member of the wildly successful cult band, Panic! at the Disco from their formation in 2004 until his departure from the band in June of 2009, where he cited creative differences. From that time until December of 2010, he was a member of the now defunct band, The Young Veins with former Panic! at the Disco bandmate, Jon Walker. He has not been particularly active in the music scene since the band's breaking up. Ross currently resides in Echo Park, Los Angeles. He remains friends with his former bandmates.